Cincy3d came about because what is currently called a “virtual tour” in the real estate business is really nothing more than some digital pictures with a “Ken Burns” effect applied. I wanted more! I wanted a truly immersive tour of a property. A three dimensional model that I could move around in and change my view in. That was a tall order and I began creating wire frame models of properties and “hanging” digital pictures on those models to create an immersive environment. That works but it is HUGELY labor intensive. Because of the amount of time needed to manually create a model, making one was only really viable for expensive properties. Unfortunately, expensive properties also tended to be large properties which causes the amount of time needed to create the model to sky rocket. So, I struggled on until I came across a company that changed everything. However, before I get to that let me tell you a little about myself. 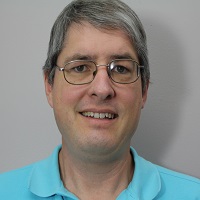 I am Shawen Donnellan, President of Cincy3D and photography / computer NUT. I usually made my living working with computers and networking with photography being my hobby. I actually studied photography at OSU. However, most of my family is in real estate and I got roped into taking pictures of properties and solving computer “issues” as the official go to guy for everything technology related. But, there was a disconnect between what I could do with programs like Blender and 3ds Max and what was being used in the real estate world. This frustration eventually lead me to a company called Matterport.

With Matterport everything changed. One person could now create a high resolution immersive model of a property in an afternoon. Instead of days of modeling, followed by hours of rendering, a model could be viewable in the same day. That would only be possible for the simplest of hand created models. The Matterport camera automatically produces high-quality immersive 3D models. The camera captures the colors and contours of a space—and calculates dimensions and spatial relationships between objects. The Matterport Cloud executes an extensive set of computer vision algorithms to process the photography and 3D data, creating a 3D model that combines HDR-quality imagery with dimensionally accurate geometry. In this way, geometrical data is converted into an efficient polygonal mesh, which can be easily streamed to the Matterport 3D Showcase media player.

Theme by Anders Noren — Up ↑